They just can’t hold excitement for BTS ‘achievement at the 2022 MAMA! 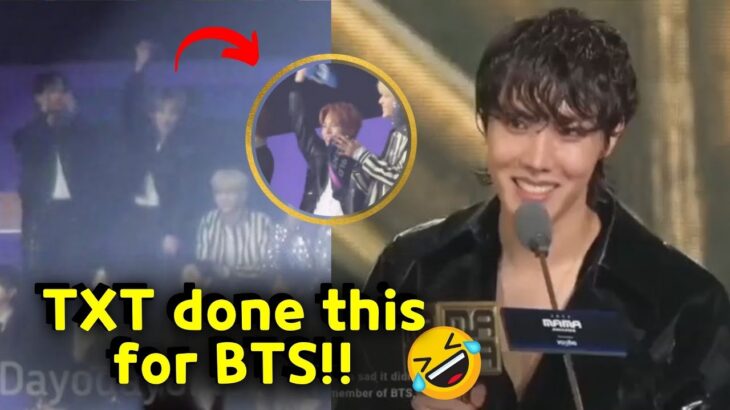 BTS J Hope recently appeared at the 2022 Mnet Asian Music Award, to perform his solo stage as well as represent BTS to receive their award.

As announced, BTS has made new history by winning the Daesang for 7 consecutive years. And then BTS also received a new award, named the platinum trophy as an artist who has received the four main prizes of the daesang award.

But behind the announcement of BTS’s victory, it turns out that there was another idol reaction that was highlighted when BTS received the award.

The boy group TXT was seen cheering very loudly when BTS was announced as the winner of the award. Taehyun was also seen lifting his banner. Apparently, this isn’t the first time TXT has acted excitedly like this.