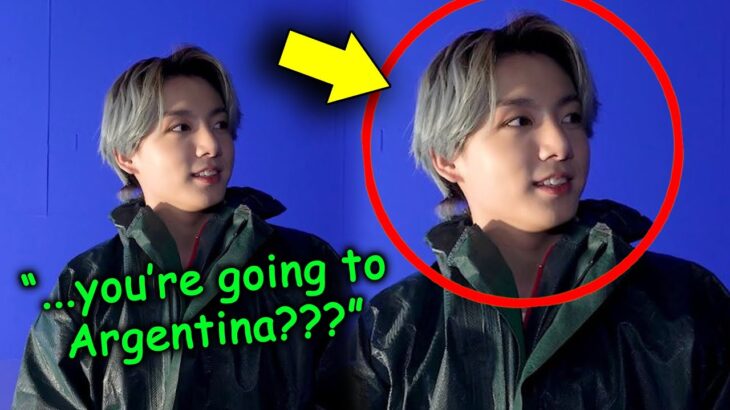 Many celebrities appear to be nice when they are being recorded, but in reality they aren’t nice at all.

And I’m sure many people wondered if that’s the case for BTS too.

Are they being polite only when they know they are being recorded?

The answer is a big NO.

Everyone who meets BTS is impressed by how nice they actually are. They are way more humble than people would expect them to be.

Everyone who meets the members has only nice things to say about them and that’s a recurring pattern.

Chris Martin asked Jin if he’d like to come to Argentina next week to perform ‘The Astronaut’ together for the first time.

Jin responded thanking Chris for working so closely on the song with him and listening to Jin’s opinions every step of the way.

Regarding singing together in Argentina, Jin said he will make it happen no matter what, because Chris is his superstar.

Jin also revealed he’s going to get ready starting that same day since his flight to Argentina will take more than 40 hours.

So I think it’s fair to say that BTS are genuinely very nice people.