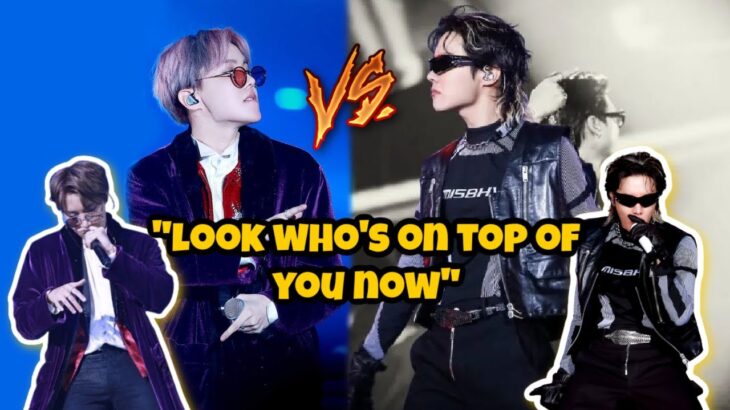 Idols would either ignore the haters, respond to them, or resort to legal actions. As for BTS, they share their thoughts regarding the matter through their lyrics.

BTS’s Rap Line is legendary for dissing their haters in their tracks. When you spend a lot of time and effort on your work and see people not validating your worth — it hurts.

While idols are expected to have tougher skin than regular people, we cannot erase the fact that they have feelings too. And when that feeling becomes too much for them to handle, they fight back through their platform.

Despite Hobi’s “Sunshine” personality, his lyrics are mostly deep and complex. But he made some adjustments to his verse during their recently concluded concert in Busan.

Hobi showed his current thoughts about the same scenario, and it revealed his emotional growth. While 2014 Hobi had no problem calling haters some tough words that they deserve, 2022 Hobi shows maturity and wisdom.

Instead of calling their haters “losers,” Hobi now see them as people who need time to grow.

In the original lyrics, Hobi tells the haters to do something with their time instead of damaging his reputation with false spoken statements. In the revised version, Hobi is saying that BTS is too busy to even mind such character assassination.

Hobi took things up a notch and totally discarded his original lyrics in one of the lines and replaced them with those from his Jack in the Box title track, “MORE.”

Original: “But when I feel a bait, I bite, all the Unnis call me Pippi”
Revised: “I’m thirsty, surfin’ on the beat, a fish swimming in water”

Hobi also replaced South Korea with Busan in one of the lines, to give a shout-out to the place where the concert was held. Finally, Hobi made one of the lines broader and dedicated it to a bigger crowd rather than just to his fellow rappers.

With BTS’s popularity growing worldwide, Hobi knows that haters are also growing from every corner. Meaning, his fellow rappers are not the only ones dragging them down right now, but even those who are outside the industry.

Hobi changing the lyrics to his 2022 mindset is such a king move.

I hope you enjoyed this video as much as I did making it!

P.S.
Some parts may be muted due to copyright claims.

thread of translation) jung hoseok changed cypher 3 lyrics at busan concert to express his current self and it's BRILLIANT! The original lyrics are white and the revised ones are yellow.pic.twitter.com/k6rU8N4lz4

WATERMARK
I used to not believe in adding watermarks on my videos out of respect for HYBE. However, some people are re-uploading my compilations and shamelessly adding their watermarks on my edits. That said, I am left with no choice but to add my watermark.

You may notice I have put my watermark on some clips even though there were already watermarks of other creators, and that’s because I’ve added some background music, sound effects, and subtitles to them. So, technically, I still edited them.

FAIR USE DISCLAIMER
Copyright Disclaimer under section 107 of the Copyright Act of 1976, allowance is made for “fair use” for purposes such as criticism, comment, news reporting, teaching, scholarship, education, and research. Fair use is a use permitted by copyright statute that might otherwise be infringing. No copyright infringement intended.